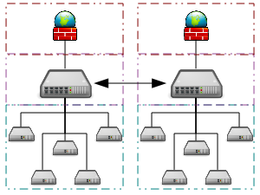 The objective of this lab is to enhance XINU’s IPC kernel services, and utilize ROP and process context manipulation to alter the run-time behavior of processes.

Read Chapters 6 and 7 of the XINU textbook.

Blocking and non-blocking attributes of IPC send() and receive()

This problem concerns the implementation of a blocking version of send() by using IPC attributes to affect the behavior of send() which, by default, is non-blocking. The framework equally applies to receive() but we will only implement IPC attribute selection for send() since it is more challenging/interesting and a non-blocking version of receive() (as a separate system call recvclr()) already exists.

Introduce a new system call, syscall xfcntl(uint16 selector, uint mode), similar to UNIX/Linux fcntl() which allows modifying the attributes of open file descriptors. In our case, we only care about making send() or receive() blocking or non-blocking. The first argument, selector, is defined for two values: 0 selecting send() and 1 specifying receive(). The second argument, mode, also takes on binary values: 0 meaning blocking and 1 meaning non-blocking. Use #define to set IPCSND as 0, IPCRCV as 1, IPCBLK as 0, IPCNBK as 1 in header file ipc.h under include/ so that symbols can be used for the two arguments of xfcntl(). For example, xfcntl(IPCSND, IPCBLK) requests that the kernel set the attribute of send() to blocking mode. By default, send() is non-blocking and receive() blocking. xfcntl() returns OK upon success and SYSERR when an error occurs.

To represent the attribute of send(), add process table field, uint16 prsendmode, that takes on values IPCBLK and IPCNBK. Initialize the values so that they take on the default dispositions of send(). Modify send() so that it behaves as before in non-blocking mode if prsendmode equals IPCNBK but becomes blocking if prsendmode equals IPCBLK. For send() to behave in blocking mode means if the receiver’s 1-word message buffer is empty, send() copies the message to the receiver buffer and sets the receiver’s prhasmsg flag to 1. If the receiver’s buffer is full, send() blocks until the buffer becomes free. Upon blocking, XINU’s upper half context switches out the sending process and puts it into a waiting state PR_SENDBLK to be added in process.h with value 15. The 1-word message to be sent is stored in the sending process’s process table entry where two new fields are defined:

prsendmsg holds the 1-word message to be sent and prsendflag is a Boolean flag that is set to 1 if prsendmsg is valid. Before being context switched out, the blocking sender process is inserted in a FIFO queue of (0 or more) blocking processes waiting to transmit a message to the same receiver. Every process has a blocking sender queue associated with it given by a new process table field, qid16 prsenderqueue, which is the queue ID. We introduce two additional fields in the process table structure procent

where prrcvblkflag indicates whether there are blocked sender processes. To implement insert/extract of FIFO queue prsenderqueue, reuse the enqueue()/dequeue() kernel functions in queue.c which are used by XINU’s semaphore system calls wait() and signal() to manage FIFO semaphore queues. Since in XINU a process can only block in one queue (e.g., readylist, semaphore queue, blocking sender queue), the legacy XINU approach for managing blocked processes which is space efficient can be reused.

When a process makes a receive() call (ignore rcvclear() which can be implemented analogously), the receive() system call must check if prrcvblkflag is set to 1. If so, one or more sender processes are waiting in the receiver’s blocked sender queue. Using dequeue() the process at the front of the queue is extracted and inserted into the ready list and XINU’s scheduler is called. Before calling resched(), the dequeued sender’s message is copied from prsendmsg to the receiver’s prmsg buffer. The receiver’s prhasmsg field is set to 1 (since it has a new message) and the sender’s prsendflag flag is set to 0. The receiver process has to make a new call to receive() to receive the new message which is the responsibility of the app programmer to code accordingly.

Implement xfcntl() and the kernels mods to send() and receive() so that send()’s blocking/non-blocking attributes can be set by the app programmer. Create test cases whose output demonstrate the correct functioning of the blocking/non-blocking message send extension of kernel services. Include in your test cases sluggish receivers that sleep so that its FIFO sender queue builds up. In Lab4Answers.pdf describe how you set up your test cases and how your verified correctness of your implementation. Although there is no need to implement, describe what you think should happen if a receiver process terminates when one or more processes are blocked in its blocked sender queue. Explain the rationale behind your design decision. Following our usual convention, deposit your code in system/ and include/.

XINU’s receive() system call is blocking, returns a message of type umsg32 and never fails (i.e., does not return SYSERR). Implement a version of receive(), syscall preceive(struct pmessage *p), that returns OK upon success and SYSERR when an error occurs. In addition to communicating a message received (but not as return value), preceive() also provides the PID of the sender. It does so by taking a pointer to a data structure

as argument where sendermsg communicates the message received and senderid identifies the sender’s PID. Add a process table field, pid32 prsenderid, which is updated by send() to specify the sender’s PID in the receiver’s process table entry. When addresses are passed as arguments in system calls, it is important that a system call executing in kernel mode verify that the address specified belongs to the address space of the user mode calling process. Otherwise a process may trick a kernel (system call running in kernel mode) into writing in user or kernel address space that the calling process does not have access to. That would be pretty bad.

In XINU where we do not implement user mode/kernel mode separation, we will follow a design of preceive() that follows the design principle of isolation/protection. Specifically, preceive() will check that the address passed lies within the stack area of the calling process. For example, a process that passes the address of a local variable of a function from wherein preceive() is called will successfully pass the kernel’s memory access check. On the other hand, if the address falls within the range of XINU’s data segment, preceive() will return SYSERR. The same goes for XINU’s text segment. Explain in Lab4Answers.pdf how you go about performing the memory access check. Define struct pmessage in ipc.h. Use XINU’s enhanced receive() and send() from Problem 3.3 with blocking/non-blocking attribute support as the basis for implementing preceive(). Test that preceive() works correctly and deposit your code in system/ and include/ following our usual file naming convention.

An important technique for modifying the run-time behavior of a process is ROP (return-oriented programming) based process context manipulation where return addresses in a process’s run-time stack are changed to affect its control flow. The technique can be used for good and bad. In the latter, a hacker may find ways to change a return address in a stack/buffer overflow attack (also called stack smashing) which has been the single biggest security exploit for compromising computing systems. We will consider a surgical version of this technique in XINU that allows an attacker process to “hijack” the context of a victim process.

Borrowing the context of a victim process

Spawn two app processes from main() back-to-back using create()/resume(), one running progA() (“victim”) and the other running progB() (“attacker”). Use the legacy scheduler of XINU and assign priority 25 to progA() and priority 20 to progB(). The code of progA(), void progA(void), outputs “I am A: part 1\n” by calling kprintf(), then calls sleepms() to sleep for 500 msec, and then prints “I am A: part 2\n” before terminating.

The attack in 5.2 would have successfully borrowed the context of the victim process, however, by terminating the victim process without executing the remainder of the victim’s code (i.e., return from sleepms() which prints “I am A: part 2\n”) the fact that an attack had taken place would have been easily detectable. A more clandestine attacker would seek to hide his/her tracks by printing “I am B\n” (of course, in an actual clandestine attack the attacker does not announce itself on the console) and returning from funcB() back to the next instruction in progA() following the call to sleepms(). That is, funcB() runs by using the stack frame of sleepms() to call kprintf(), but then returns to the function that called sleepms() – progA() – which then prints “I am A: part 2\n”. Hence the victim process, except for the brief interlude during which its context was intercepted by the attacker, executes normally and remains oblivious to the attack.

Implement the ROP stack attack by coding main(), progA(), progB(), and funcB() and placing them in separate files following our usual convention in system/. progB() and funcB() should be written in C with in-line assembly. Explain in Lab4Answers.pdf how you go about accomplishing the goals of 5.2 and 5.3. When testing your code, first run it without activating the return address manipulation by progB() so that everything proceeds normally. Then activate progB() to play the role of a rogue attacker, first by terminating the victim after printing “I am B\n” (5.2), and then returning from funcB() as if it were sleepms() so that the victim proceeds to print “I am A: part 2\n” (5.3).

You can check/list the submitted files using

Please make sure to disable all debugging output before submitting your code.