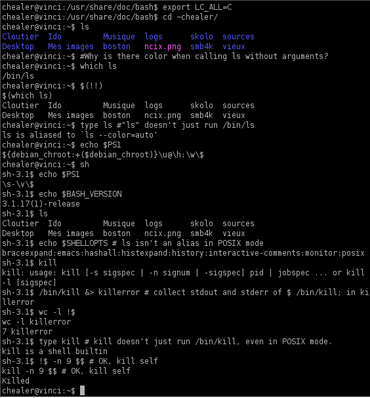 In this assignment you are required to implement a simple Linux shell program in C. This assignment focuses on processes, a central building block of any modern-day operating system (OS). A process is an instance of a running computer program. Any modern OS provides an interface for computer users to run programs. The most popular yet simple way is using a shell, which is simply a program that conveniently allows you to run other programs. On “Unix-like” operating systems such as Linux, a shell can be invoked through the shell command in the command line interface (CLI). There are many different shells in “Unix-like” OS. Among them, the top most used open source shells are sh (the Bourne shell), csh (the C shell), and bash (the Bourne Again shell). Read up on your favorite shell to see what it does. Note that a modern OS provides graphical user interfaces (GUIs) in addition to command line interfaces (CLIs) such as the shell.

The facilities of the operating system available to interactive users can be made by a shell through a list of commands, aka shell commands. These shell commands can be divided into two categories, built-in commands and external programs. Built-in commands refer to the commands whose implementations are built directly into the shell program, whereas external programs as its name indicates, refer to these programs which exist in separate executable files, like ls, which is used to list directory contents of files and directories.

Simply put, a shell is a command language interpreter. Specifically, when started, it prompts for user input. It takes commands entered by a user from the keyboard. The shell first checks if the command entered by the user is a built-in command or not. If it is, the shell simply invokes the built-in command implemented in the shell. Otherwise, the shell searches for the executable file in a set of directories, which is usually defined by the PATH environment variable. If the executable program is found in a directory, the shell will execute the program. Otherwise, an error message, for example, “No command ‘lsd’ found”, where lsd is the wrongly typed command, will display. When the shell executes the command, it first forks a process, which is called child process. The child process will load and run the program, for example, by using exec call.The shell waits for the child process to complete before displaying the prompt again, waiting for the next command. It will continue doing so until the user types exit to close the shell. The following is an example of using bash to run the ls command

The requirements for completing this assignment successfully are described under specification.

When your shell starts, it should display a shell prompt that contains your user name and the name of the machine followed by a dollar sign. Something like this:

where student is the user name and Ubuntu is the name of the machine. Note that if you login as the superuser or root, the last character of your shell prompt is # rather than $.

Note: The system call getuid() only deals with user IDs. You need to find a way to convert the user ID to the user name.

Your shell must support the following

Your shell should implement the following new commands

Note: You must check and correctly handle the return values of Every system call. This means that you need to read the man pages for each function to figure out what the possible return values are, what errors they indicate, and what you must do when you get that error.

Also, as for the above new commands, your implementation should be robust for bad arguments! If the argument is invalid or bad, your program should print a usage statement, and then exit graceful indicating an unsuccessful termination. Further, your program should be robust to handle abnormal situations, for example, reading non-existing files if your command needs to read a file.

For example, the following is a code snippet for the gcd command, which prints a usage statement, and then exits the program by indicating an unsuccessful termination

For your reference, the code skeleton is provided as a starting point for your shell program.

Your task is to complete the above skeleton code with the appropriate c code to write your own simple shell. Besides the functionalities required in this assignment, an emphasis should also be placed on writing concise easy to read code. Please refer to the coding style guidelines (e.g., C Programming Style Guide) to provide direction regarding the format of the code you write. As the program grows, you may want to improve the structure of the code by moving certain parts into separate functions.

Note: In order to compile your source code in simple and fast way, you are required to create a Makefile for building the executable file. A Makefile is a recipe for the make utility how to create some file (called a target) from some other files (called dependencies) using a set of commands run by the shell. Please refer to the following tutorials on how to use make and write Makefiles