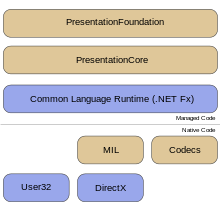 WPF is a vast framework. It is impossible to learn them all. In real software engineering, a software engineer will often need to learn on the go what is necessary to accomplish the task at hand. This is the same attitude you should adopt in learning WPF for your project!

To help you cope with your Project better, we actually have a ProjectHints project which contains a bunch of examples which will cover almost all WPF control usages you will need in the topics! Please download the project from blackboard and study it well before you start your project. It will be released in the coming week.

There are four topics. You cannot choose your topic - it is assigned (keep an eye on Blackboard-] announcement). Screenshot is deliberately absent in some cases to encourage creativity.

Implement a Wheel of Fortune game in which you have:

Implement a Typing Game! If the “words” fall from the top to the bottom then the player is set to be hurt (or you can do other sensible motion). A player should have limited lives.
The game should have:

You have to submit a zipped Visual Studio project and a Word Doc with screenshots of your program (named readme.doc) included in the zip.

In this project, you implement a C#, WPF version of a puzzle game called “Baba is You”.

Your instructor is not affiliated with the author and will not finance you to buy the commercial version.

There are several major elements of the game that you need to implement:

A lua script (a certain kind of game scripting) source code comes with the free jam version of the game. I do not recommend reading it to reverse the game. It is not in OOP and you can clearly see it is hard to extend upon it (it is a jam product afterall). Play the game instead to understand the rules, and consider how it can be modeled in proper OOP.

We do will only accept projects made with WPF, C# and is expected to run on Windows machine on a typical Windows desktop. For fairness, I will NOT accept proposals for using other languages/platforms.

You have to submit a GitHub repository (details on Piazza) and an individual or group 5-page design report with details on your class design, class reuse, software patterns used and challenges overcome during your project. You also have to explain what happened to your design and code when accommodating the Additional Requirement announced in early Dec.