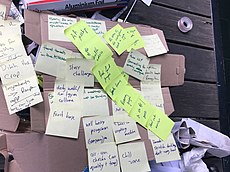 Create a program that keeps track of ticket sales for an auditorium that has 32 rows of seats with a varied number of seats in each row. Each ticket is associated with a seat (row letter and seat number such as A12), a price (low $10, medium $30, or high $50), whether or not the seat is for sale or complementary (for example, sold to the public or given to friends of a performer), name of occupant (who bought the ticket), their e-mail address, and the date, time, and name of the performance so that tickets for each seat can be sold to different people at different times.

It should be possible to get a list of names of all people who bought tickets for a particular date. For a given performance, it should also be possible to print a grid of x’s and o’s where an x represents a seat that is occupied (that is, it’s associated ticket has been sold) and an o represents seats for which no ticket has yet been sold.

A ticket holder should be able to create and access an account that stores the seats, dates, and names of performances attached to all of the tickets which they have purchased.

This is where major design decisions are made. Can we store all of the information in the UserAccounts?

No, because we do not want to accidentally sell the same seat to the same show to two different people. So information about each show should be stored separately from the user accounts.

Could we have a ShowManager which keeps instances of class Show in which we store in- formation associated with each seat and ticket?

Alternatively, could we let seats be entries in a collection or multi-dimensional array that exists within the Show class, generating tickets for each by accessing a TicketManager?

There are many good designs that can fulfill this specification. When creating CRC cards, you need to choose one design, work with it, and adjust it as problems arise.

More than one class needs access to the seat number and row number of a given ticket. Where should we store that information?

Likewise, should we store the e-mail list in the TicketVendorSystem, or create a method that generates that list whenever we need it? If the latter, how do we store the information about whether or not a user is on that list?

Collaborators can be classes that are adjacent on the inheritance hierarchy (that is, one is the parent of the other), or instantiate one inside the other, or one gets passed as an argument into a method in the other.

On the next page is one possible set of CRC cards that describes one piece of software that fulfills the given specification. Class names are at the top of each card. The responsibilities (variables and methods) of that class are written on the left, while collaborating classes are listed on the right.

Questions About The Current Design

Questions About Changing the Design: