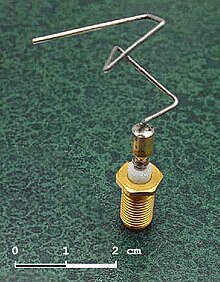 GA can be used to design a PID (Proportional-Integral-Differential) controller for closed loop plant control systems. A common configuration is shown in the following figure 1. setpoint

The PID controller is specified by a transfer function of the form.

The performance is measured in terms of integral squared error (ISE), which is the integral of the square of the difference between the output and the steady state value (1 in this case), along with the values of the step response parameters, the rise-time, the settling time, the maximum overshoot magnitude, which can be addressed as the percentage of the steady-state output. and are important, as they demonstrate how fast a system can work. M is of importance as well, as we may abide by the plant restrictions. So it is important to minimize all these performance measures.

In this problem you are provided by a function that gives you the performance measures if you provide it with values for the parameters. It is a Matlab code that uses other functions of the Matlab control tool box.

Assume that the values of the controller parameters are in the ranges:

A report that contains:

The supplementary files and an article on PID controller design are posted in this assignment module.

a) NetLogo is a high-level multi-agent modelling environment, very suitable for fast creation of agent-based models. NetLogo has a large library of sample models. The model “ANTS” demonstrates a colony of ants forages for food. Though each ant follows a set of simple rules, the colony as a whole acts in a sophisticated way. The first part of this question is to experiments on the NetLogo’s ANTS model. The model provides control sliders to change the model parameters.

For this problem do the following:

A report that contains