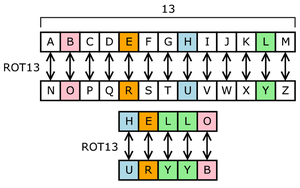 In this assignment, you will develop a simple Android app, SDPEncryptor, that encrypts messages using a simple substitution cipher.

The app should generate suitable error messages by calling EditText’s setError method (inherited from TextView) on the appropriate EditText widget. If done correctly, this will result in (1) an error mark “” on the right-hand side of the text field and (2) a floating error message whenever the field has focus, as shown in the error screenshots below. It is possible to have more than one error active at the same time, as also shown in the screenshots below.
There are three error situations:

For illustration, we are providing several screenshots for a possible implementation of the app:

We suggest that you try to generate a user interface (UI) similar to the one shown above, but you don’t have to. However, you must make sure to use the exact same identifiers we provide below for your widgets. This is very important, as we will use these identifiers to check and auto-grade your app

PRO-TIP: The identifiers are typed here for you. Just copy and paste them to be safe!

For example, in the XML layout file for your app, the entry for the text field used to input the Message s hould have the following ID: android:id=”@+id/messageID

In addition to developing the app, you will also have to create a manual (in a file called “manual.md” and in Github flavored MD format) that describes how to use the app. Think of this file as a very concise user manual. Feel free to add screenshots to the manual, but that is not mandatory. You can view your markdown file in Github or using an MD viewer. Put the manual.md file in your “Assignment4” folder (see below).