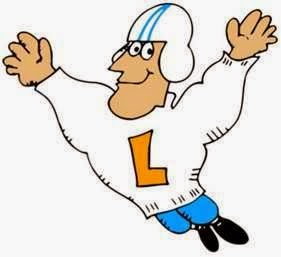 The evil Spell Binder is loose, and it’s up to Letterman to save us! Letterman hasn’t been very active lately, and his power of changing one word into another by changing only one letter needs upgrading. Yes, in the old days he could change “tickle” into “pickle”, but can this new Letterman 2.0 change “evil” into “good”? Only you can say!

Your program will be given a dictionary of words, a “start” word and an “ending” word, and which types of conversions you are allowed to perform (such as changing one letter to another, adding or deleting a letter, etc.). Your goal is to convert the start word to another word, to another word, etc., eventually leading to the ending word, making one change at a time. You must use the given rules of conversion, and only use valid words from the dictionary along the way. For example, you could change “chip” into “chop”, but you couldn’t change “chip” into “chiz” because the word “chiz” doesn’t exist in the dictionary.

The program gets its dictionary from standard input (cin). The dictionary can be in a file, and you redirect that file to cin when you run the program (details later). There are two different types of dictionaries that the program needs to be compatible with: complex (C) and simple (S).

We do not place a limit on the magnitude of N and neither should your code.

Comments may also be included in any input file. Comment lines begin with “//“ (without quotes) in column 1, and are allowed anywhere in the file after the second line. When developing your test files, it is good practice to place a comment on line 3 describing the nature of the dictionary in the test file. Any dictionaries with noteworthy characteristics for testing purposes should also be commented. You should discard all existing comments from the input file; do not save them in memory as part of your data structures.

Additionally, there may be extra blank/empty lines at the end of any input file: your program should ignore them. If you see a blank line in the file, you may assume that you have hit the end.

The first type of dictionary that your program needs to handle is the simple dictionary. This is a simple text file specifying the words in the dictionary, one word per line. Each “word” will be a sequence of alphabetic characters.

Each word in the dictionary is unique; there will never be two copies of the same word.

Here is a valid input file:

Here are the special characters that may be included:

Here is an example complex dictionary, with words similar to the previous simple dictionary:

There are a few ways that Letterman can convert words to other words.

The modifications that Letterman is allowed to make will be determined by arguments on the command line.

Your program should take the following case-sensitive command line options (when we say a switch is “set”, it means that it appears on the command line when you call the program):

Legal command line arguments must include exactly one of –stack or –queue (or their respective short forms -s or -q). If none are specified or more than one is specified, the program should print an informative message to standard error (cerr) and call exit(1). A legal command line must specify at least one of –change, –length, and –swap (or their respective short forms).

You are to develop two routing schemes to help Letterman get from the starting word to the ending word:

In the routing scheme use a data structure (queue or stack, or better yet a deque) of words to check, which we will refer to as the “search container”. First, initialize the algorithm by adding the starting word into the search container. Mark this word as already discovered. Then loop through the following steps:

If the search container becomes empty before you reach the ending word, the search has failed and there is no series of words to foil the Spell Binder’s evil plan.

The program will write its output to standard output (cout), and there are two possible output formats. The output format will be specified through a command line option ‘–output’, or ‘-o’, which will be followed by an argument of W or M (W for word output and M for modification output). See the section on command line arguments below for more details.

For both output formats, you will show the path of words you took from start to finish. In both cases you should first print the number of words in the morph, and include the start word (see examples below).

For this output mode, you should print each word. Beginning at the starting word, print the words in the morph until you reach the ending word.

For both the simple and complex dictionary sample inputs specified earlier, using the queue-based routing scheme and word (W) style output and trying to change “chip” into “stop”, you should produce the following output:

Using the same input file but with the stack-based routing scheme, you should produce the following output:
Words in morph: 4 chip ship shop stop

For this output mode, instead of printing each word, each line of output should be how to change from one word to the next. The start word should always be displayed. The modification lines which follow the start word have one of the following forms:

If there is one change, but two possible places for the index, always specify where the first difference occurs. For example, if “put” changed into “putt”, the characters at positions 0, 1, and 2 are the same, the new letter occurs at index 3. Similarly for changing “putt” into “put”, the deletion occurs at index 3 (because indices 0 through 2 are the same characters).

The following are examples of correct output format in (M) modification mode that reflect the same solution as the word output format above.

For the queue solution:

For the stack solution:

There is only one acceptable solution per routing scheme for each dictionary and start/end word pair. If no valid morphing exists (such as trying to change “ship” into “junk”), the program should simply display “No solution, X words discovered.” (without quotes) on a line by itself, instead of the “Words in morph” line. The X represents the number of words in the dictionary that were part of the search. A word has been “discovered” if it was ever added to the search container. For example, if you were trying to change “ship” into “junk”, simple dictionary with change mode on, the output would read “No solution, 7 words discovered.”. This output will be the same for either word or morph output mode, and for either stack or queue mode.

Errors you must check for

A small portion of your grade will be based on error checking. You must check for the following errors:

In all of these cases, print an informative error message to standard error (cerr) and call exit(1). The autograder will not look at the actual text of the error message itself, but these error messages may help you while you’re debugging your program. Anyone on staff can look at your submission and tell you what error you displayed before the exit(1). So if your program does an exit(1) but the autograder informs you it was a valid test case, come to office hours.

You do not need to check for any other errors.

Assumptions you may make

It is extremely frustrating to turn in code that you are “certain” is functional and then receive half credit. We will be grading for correctness primarily by running your program on a number of test cases. If you have a single bug that causes many of the test cases to fail, you might get a very low score on the project even though you completed 95% of the work. Most of your grade will come from correctness testing. Therefore, it is imperative that you test your code thoroughly. To help you do this we will require that you write and submit a suite of test files that thoroughly test this project.

The flags that you specify as part of your test filename should allow us to produce a valid command line. For instance, don’t include both s and q, but include one of them; include at least one of c, l and p; include at most one of w or m, but if you leave it off, we’ll run in word output mode. For example, a valid test file might be named test-1-ship-shot-scw.txt (change from ship to shot, stack mode, change mode, word output). Given this test file name, we would run your program with a command line similar to the following (we might use long or short options, such as –change instead of -c):

Each dictionary may have no more than 20 words. You may submit up to 15 test files (though it is possible to get full credit with fewer test files). The dictionaries the autograder runs with your solution are NOT limited to 20 words; your solution should not impose any size limits (as long as sufficient system memory is available). Your complex dictionary might start with 20 words but produce more; that is still a valid dictionary.

We are using input and output redirection in some of the above examples. While we are reading our input from a file and sending our output to another file in this case, we are
NOT using file streams! The < redirects the file specified by the next command line argument to be the standard input (stdin/cin) for the program. This is much easier than retyping the dictionary every time you run the program! The > redirects the output (to stdout/cout) of the program to be printed to the file specified by the next command line argument. The | pipes t he output of your program to the input of the command that follows, such as more (which displays with page breaks). The operating system makes calls to cin to read the input file and it makes calls to cout to write to the output file. Come to office hours if this is confusing!

The program must run to completion within 35 seconds of total CPU time (user + system). This is more time than you should need. See the time manpage for more information (this can be done in Unix by entering “man time” to the command line). We may test your program on very large dictionaries (up to several hundred thousand words). Be sure you are able to navigate to the end word in large dictionaries within 35 seconds. Smaller dictionaries should run MUCH faster.

Unless otherwise stated, you are allowed and encouraged to use all parts of the C++ STL and the other standard header files for this project. You are not allowed to use other libraries (eg: boost, pthread, etc). You are not allowed to use the C++ smart pointers (shared or unique), or the C++11 regular expressions library (it is not fully implemented in the version of gcc used by the autograder) or the thread/atomics libraries (it spoils runtime measurements).

Submission to the Autograder

Do all of your work (with all needed files, as well as test files) in some directory other than your home directory. This will be your “submit directory”. Before you turn in your code, be sure that:

Turn in all of the following files: