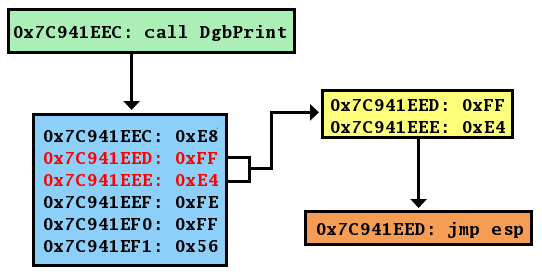 On TCP port 7070, the server accepts appropriate input from a remote client in order to execute a specific linux command. The server program appears in three different versions:

You can find the code for this server in Listing-1. The program has a vulnerability.

On TCP port 6061 to 6065 (depending on the version), the server runs a network wrapper for a legacy program without networking capability to allow access through network to this program simple functionality. The legacy code authenticates users and retrieves the content of corresponding file for the authenticated user. You can find the code for this server in Listing-2 and Listing-3. The legacy program is vulnerable to several vulnerabilities. Note that there are 5 versions of the above server, each one of them is a little different from the others.

Info: How to choose the correct version to work with?
In the link that exists in the Moodle, place your studentID and then click on the download button to get the versions for the above tasks that you will be using for the assignment. In the provided VM the files of each version have the following names:

Mode. Alternatively, you can set both VMs in the same NAT network (as was described in the setup instructions of lab 3). The username and the password in the assignment 1 provided VM is student and fit5003 respectively.

To start any of the servers (i.e. a version of the server) in the main folder of the user account you can find all possible versions of the task 1.1 and 1.2 Use the versions that are assigned to you by executing sudo ./filename

In the Android Studio project that is provided, there is a sketched Android Application that is using a series of Keystore files stored inside the android app internal storage area in order to perform some security related operations. The user should be able to login with a username and password and then get access to a secure SMS service. The Android Application consists of two Activities, a public one (called PrivateUserActivity and a private one called PrivateActivity. When the application start, the activity (PrivateUserActivity) is loaded. The PrivateUserActivity provides text areas for the user to add his username and password and two buttons, an OK button that when pressed transfers the username and password information to the PrivateActivityand a CANCEL button that closes the App. The Application has been created only for a few users and each one of them has his/her own keystore file.

Authentication Mechanism: The PrivateActivity collects the username and password information from the PrivateUserActivity, generates its hash value (uses SHA256) after concatenating username and password strings and uses the first 5 digits of the hash function result as the password of the provided keystore. If the keystore is accessible then the the user is authenticated otherwise a Toast message is generated and the App returns to the PrivateUserActivity.

When the SECURE SMS button is pressed, the following SMS securing mechanism is taking place:

Info: A Android Studio starting project is provided in the unit’s Moodle to assist you in the App development. For compatibility reasons, it is suggested to used Android Oreo and test the program in a virtual Nexus 5 device.

Implement the functionality of the Activity PrivateActivity as well as any additional functions needed in PrivateUserActivity so that: