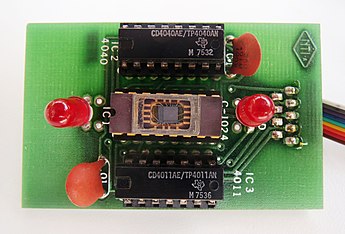 The goal of this assignment is for you to get an intuition for the kind of raw data is produced by a camera sensor before it is turned into an image. To do so, I’ll be handing to you the kind of analog signal a camera would produce, for you to play around with. The assignment is open-ended, and you are free to choose how you wish to go about solving it - I’ll mention 3 or 4 different ways at the end here.

So in this assignment you will be given 3 text files, each with a list of numbers in them - which represent the voltage produced at each pixel location for a CMOS sensor while taking a particular picture. The _easy.txt and the _medium.txt files represent a 256 by 256 image, while the _hard.txt represents a 512 by 512 pixel image. So a list of (256 256) voltage values for the _easy.txt and _medium.txt files, and (512 512) values for the _hard.txt file.

Each of those “pictures” contain one of three objects - a ball, brick, or cylinder, like so –

You are tasked with using what you’ve learnt about how different intensities producing different sort of voltage values, to try and write a program that would visualise the “signal” in the file you are given enough to be able to guess at what the object in your “image” is.

In the files section, you will find an assignment_1_files.zip which will have a bunch of text files. The one’s meant for you will start with your NinerNet username. If your username is ddhamani, look for ddhamani_easy.txt, ddhamani_medium.txt, and dhamani_hard.txt

A couple of notes –

Thank you, and do not hesitate to ask for help