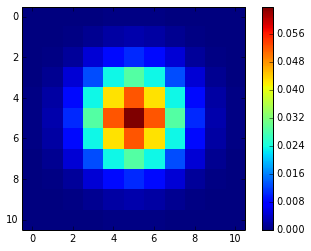 For this question, perform some basic operations on an image that I have loaded onto Brightspace (nashville.jpg).

Save the image as a jpg file called nashvillegray.jpg, read it back in, and display it. You will use this grayscale version in the remaining parts below.

Your code should read in the image into a numpy array. Create a function that takes this numpy array as an argument and takes the number of ways to slice the image (for example 8 to create an 8x8 grid) and returns a numpy array containing the scrambled image. Your code should display the scrambled image. Aside from using a built in permutation function and other non-image-processing functions in Python, the scrambling of the image should be done by your code (in other words, do not search for any built-in image/signal processing functions or existing packages that might do this scrambling for). Please try to write your code so that you can change the “8” in the 8x8 grid to some other value, like a 4x4 grid, or a 64x64 grid; you can assume that the number is chosen to equally divide the image size. Save the resulting scrambled image to a jpg file.

When you add noise, allow for two options (as an optional argument in your function): one version where added noise that would cause a pixel value to go above 255 is capped at 255 go below 0 is capped at 0, and another version where noise is allowed to jump from 255 to 0 or from 0 to 255 when you cast as an uint8. Your code should show what happens (displaying two images) to illustrate the two ways of manipulating noise (and capping vs. rolling over at the extremes).

Your function should return a numpy array as uint8.

For this assignment, read in and use nashvillegray.jpg from above, but your code should work for any image that is read in.

Use this Laplacian filter:

Use this Gaussian filter:

Note that this Gaussian filter is larger than some of the examples shown in class (and in the Jupyter notebook) because here we are using a higher-resolution image. Using a 3x3 Gaussian would produce nearly-imperceptible blur.

Note that your code will need to work with other filters (not just the Laplacian) so make sure it’s general (not hard-coded). Recall that the convolution requires a particular way of doing its calculations that makes it different from a cross-correlation; don’t just rely on getting the same answer for your code and the signal.convolve2d function; make sure your code does the correct calculations.

Make a 1x4 subplot. Display the original and the results of the convolutions using imshow().